Wow! This year is flying by. As I said in my last blog post, my wife and I are doing some house renovations and we are neck deep in tearing out the kitchen. (Click on any photo to enlarge). 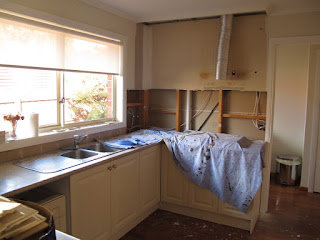 The reno is not allowing me time to make any planes but I am however, still taking a little time here and there to refurb some old tools. My latest is this old Stanley #51 & 52 plane and shoot board. 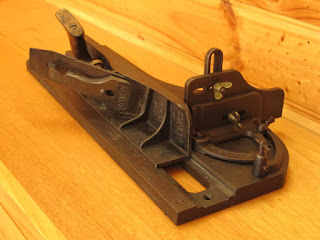 I was given an opportunity to purchase this from a friend, who is selling off his collection. I did not want to purchase this plane just because it was a cool object. I wanted to see how well this old plane and shoot board performed. My friend was happy for me to take it and if I could get it working, then money would exchange hands. The whole thing was covered in a thick layer of dust, so I gave it a good wipe down, covered it in Camellia oil and it sat for several weeks before I could get back to it. I then wiped all the oily residue off with a rag and some methylated spirits. When the plane body was clean, I could then get a good look at the plane’s condition and how well it was machined. The plane body was square and looked good. The next order of business was to sharpen the blade and tune the chip breaker. The back of the blade flattened up quickly, however you can see that there is a considerable amount of pitting in the blade. I knew that it would work but, I need to get a replacement blade. I will probably try a Lee Valley replacement in that fancy “PMV-11” steel. 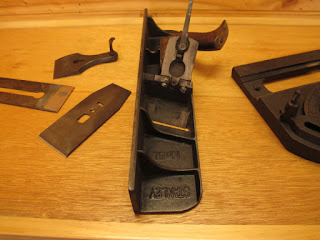 Then I needed to tune up the frog. I apologise that I didn’t get any photos of this process, but at the time I was more worried about getting it done than grabbing the camera. The frog did need a serious tuning. It was not meeting to the plane body very well, so I unscrewed it and filed the mating surfaces until everything was true. I screwed the frog back to the body and then trued up the entire bed angle. Next I turned my attention to the #52 shoot board. 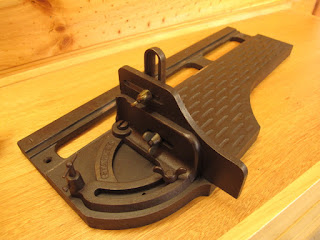 The track that the plane runs in will wear over time so it can be adjusted to allow for this. 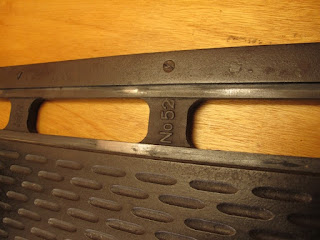 The adjustment screws and bolts were seized solid, so I soaked them in a pool of WD-40 for a few days. The next photo shows the shoot board, flipped over and one of the four bolts in it’s WD-40 bath. 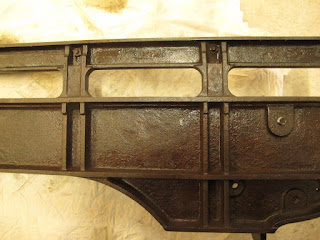 By the next weekend the bolts were free and the fence was again adjustable. It was now time for the long awaited test drive. My engineer square was telling me that the plane body was nice and square but I was curious to see how flat the sole was. A quality straight edge is fine, but I like to test flatness by using another plane. If you have a plane made by Lie Nielson or Veritas, then it should be well machined and pretty damn flat. I jointed a piece of wood with my Lie Nielson 5½ Jack Plane and took a few light shavings. The old Stanley followed up the 5½ with equally thin shavings, no problem. So I knew that the sole was good and true. 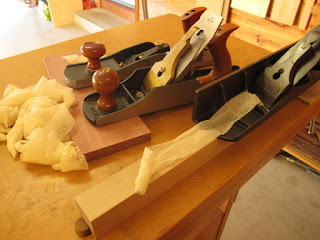 Now it was time to see how it felt while shooting using the #52. Up until now my shooting set up has been the Veritas low angle jack and it has done a great job. 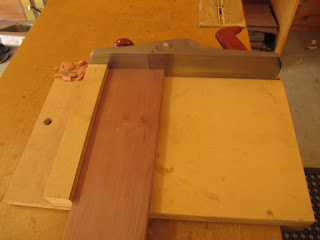 Here is a short video of the old Stanley in action. I am really happy with it and am confident that it will perform even better when I get the new thicker replacement blade.